AS A CHILD I GREW UP IN THE CHURCH
Not literally but when it came to holidays and maybe once a month on Sunday. I loved Christmas because of the gifts and getting dressed up every Easter wearing my best clothes, going on egg hunts when I was younger and to the carnivals as I got older. My family was not very strict religious folk but our faith in God could never be broken. I remember every night getting on my knees at the side of the bed and praying with my mother and brother. “Now I lay me down to sleep, I pray the lord my soul to keep, if I should die before I awake, I pray the lord my soul to take.” But then I would see my father get down on a rug with his face to the floor… I never questioned him. 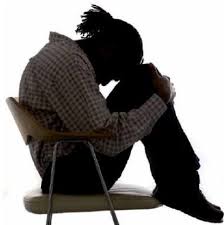 I took my Shahada at age 11 which is the testimony or declaration of faith for Muslims who believe in complete monotheism. I admit that when I took my Shahada I didn’t fully understand the religion. I just knew I wanted to be protected like Mary (if you read my post on mental health you’d understand why) or it may have been because I was self conscious. Plus, I am a daddy’s girl and I wanted to share something with him other than his facial features. I wore the Head scarf (Hijab, Khimar, Shayla) for about 1 1/2 years.

In 2008 my world spiraled out of control. I was a freshman in high school still figuring out the world and then my grandmother died from a flesh-eating bacteria she got from a hospital. I hated God. I hated religion. I hated Jesus. None of them saved her, I thought. Later I had my heart-broken, issues with men, became depressed, suicidal, not going to school, engaging in self harm and medicating to numb all the pain. None of it worked. I hated that nobody could see me suffering or maybe I hid it so well.

I WAS MUSLIM BEFORE I KNEW ISLAM

The summer of 2011 I realized that I no longer wanted to be the person I was becoming so I started wearing the Hijab again. About a week into that I shaved all my hair off like Britney Spears in 06′. Everyone thought I was going crazy and I was. Crazy about finding myself and my purpose! I had to fight against my desires of partying, the YOLO lifestyle, & the fear of missing out. The following year I graduated high school. After graduating I had a bad experience with K2 which caused me a summer of hallucinations. Depressed and anxious about what to do with my life, one day I decided to give up. I ran into ongoing traffic at 2am in the morning.

The driver slammed his breaks so hard the car jerked 5 feet before my body. An Asian guy hopped out of his sports car and started yelling at me. I ran away crying. I could’ve died, killed myself, traumatized that man and my family.

But look at God, my time wasn’t over! I wondered why’d Allah let me live. So I asked for the most high to guide me. I researched and compared Islam and Christianity, the only two religions I’ve ever known myself to be. My brother would joke that we were Chruslim. LOL. I found myself so intrigued with Islam and everything that it stood for. If you take away the added Paganism & blatant man-made revisions of the bible, Christianity & Islam are so alike. I believed in God, Jesus’s message but not worshiping him, the previous prophets, Adam & Eve and what Muhammad (peace be upon them) preached, Peace and submission to God alone. So I accepted that there was no God but Allah (the personal name of God, similar to the Hebrew Yahweh… there is only one God that we all worship unless you pray to someone else) and that Muhammad saws was the last messenger sent by God.

NEVER GOING BACK
It was difficult at first for for me to break my habits but slowly I progressed. Once I learned to pray my life changed. I have never felt greater peace than when my head is in Sujood (face to the floor – prostrating to Allah). Every time I tell my story it is never without tears, even as I type this out… Ma’sha’Allah (Allah has willed it). The pain that once held me in a choke hold suffocating the life out of me was finally released. I can breathe again. I am so grateful for all that I’ve been through because without it I would have never found Islam. The almighty’s decree is more than I’ve ever wished for. I may not have all the money in the world and my life may seem boring to some because I don’t “TURN UP”, but I swear to God I’ve never been happier in my life. Although I have Islam I still have to work on the demons that haunt me from my past. But I have yet to fall back into deep depression… Peace be with you